To meet the skyrocketing demand for electrical power, Hydro-Québec undertook its first major construction project: the Bersimis hydroelectric complex in the Côte-Nord region.

The project was an enormous technical challenge, since it involved building two powerful generating stations in a remote region. Given the lack of space on the riverbanks, the engineers decided to build one of the powerhouses underground. This was Bersimis-1, a first in Québec. 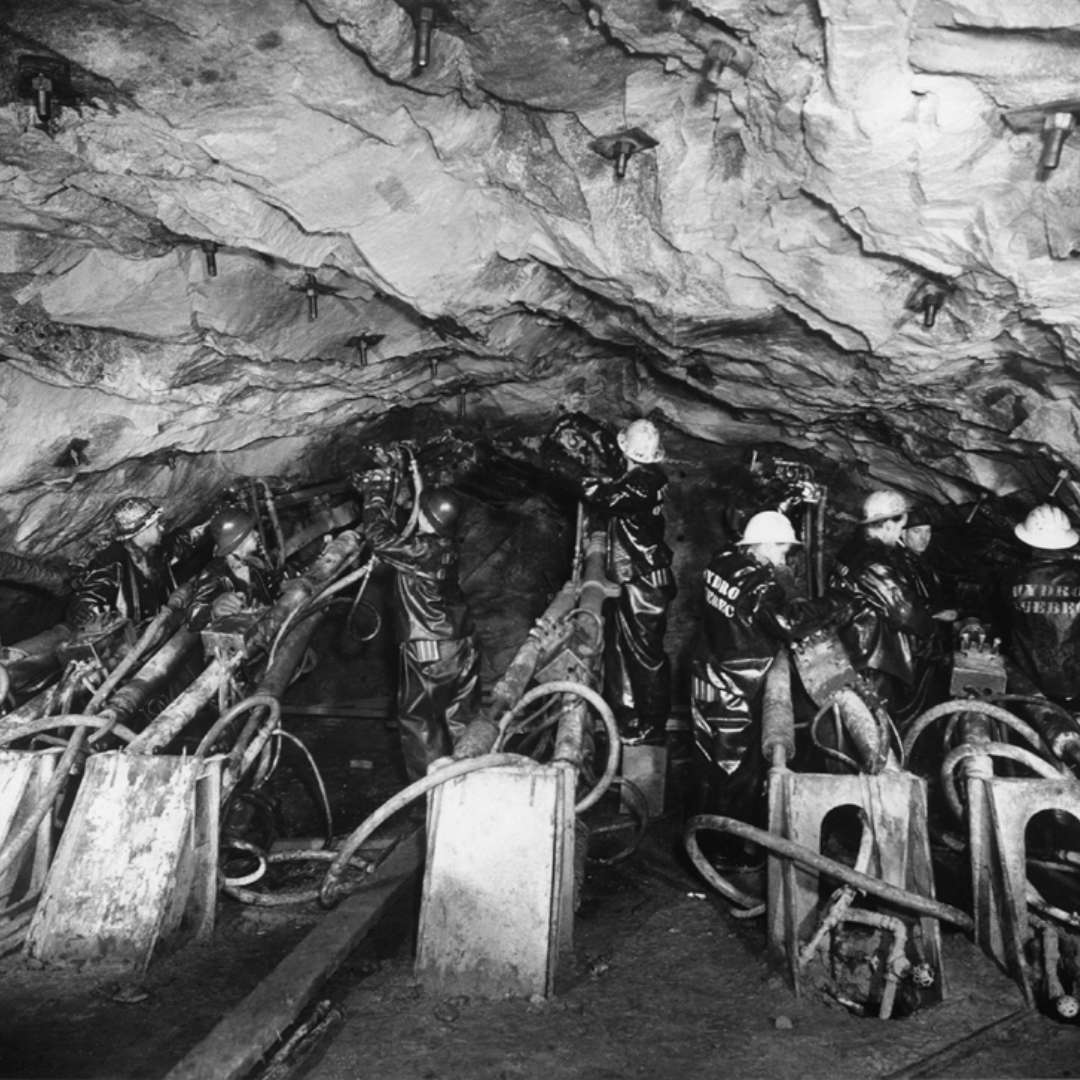 Drilling team at work, March 1955. Construction of the generating station, tailrace canal, penstocks and the running of cables required the excavation of 40,000 feet of tunnels. 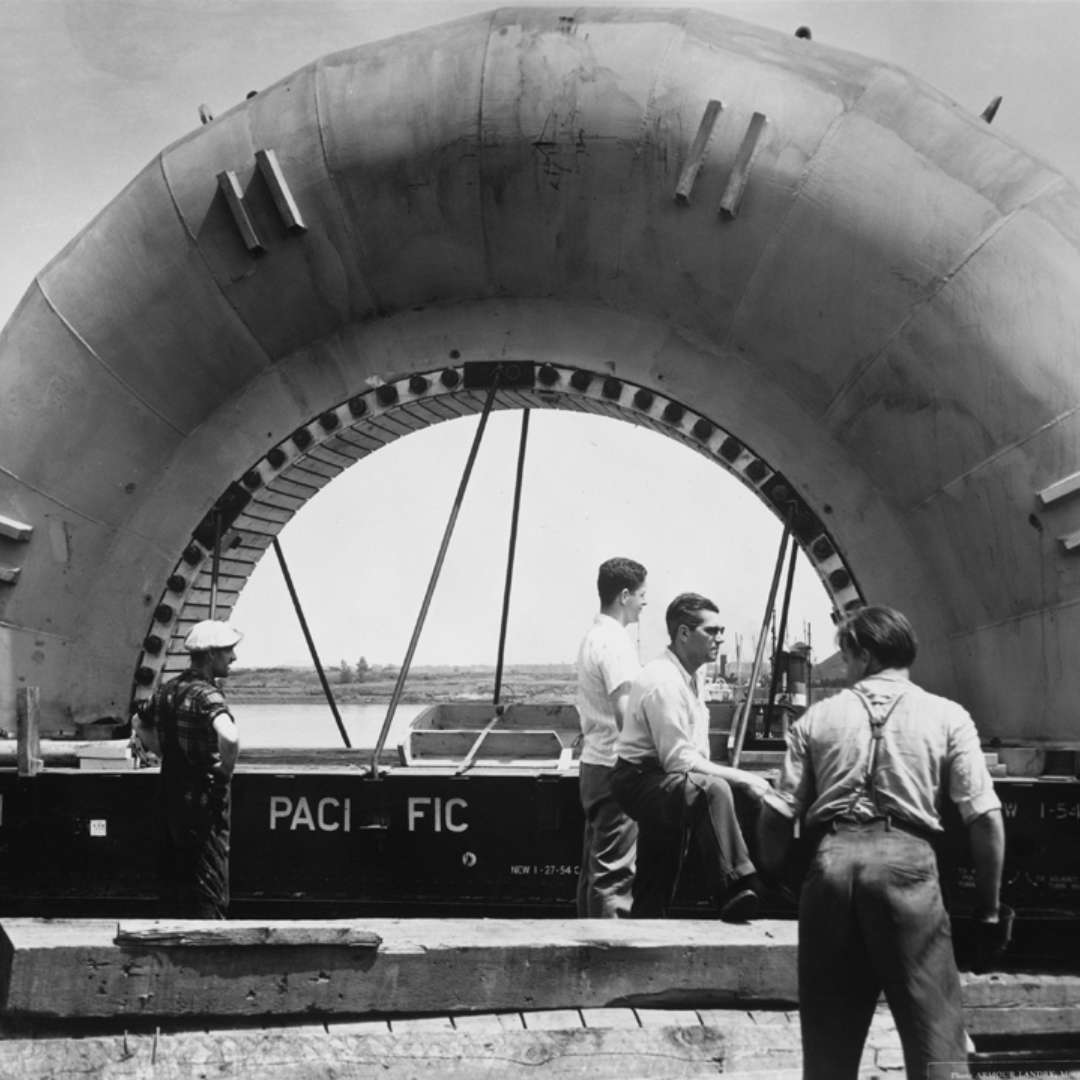 Arrival of a scroll case at the Forestville dock, circa 1955. Most of the equipment for the generating station was transported by ship. 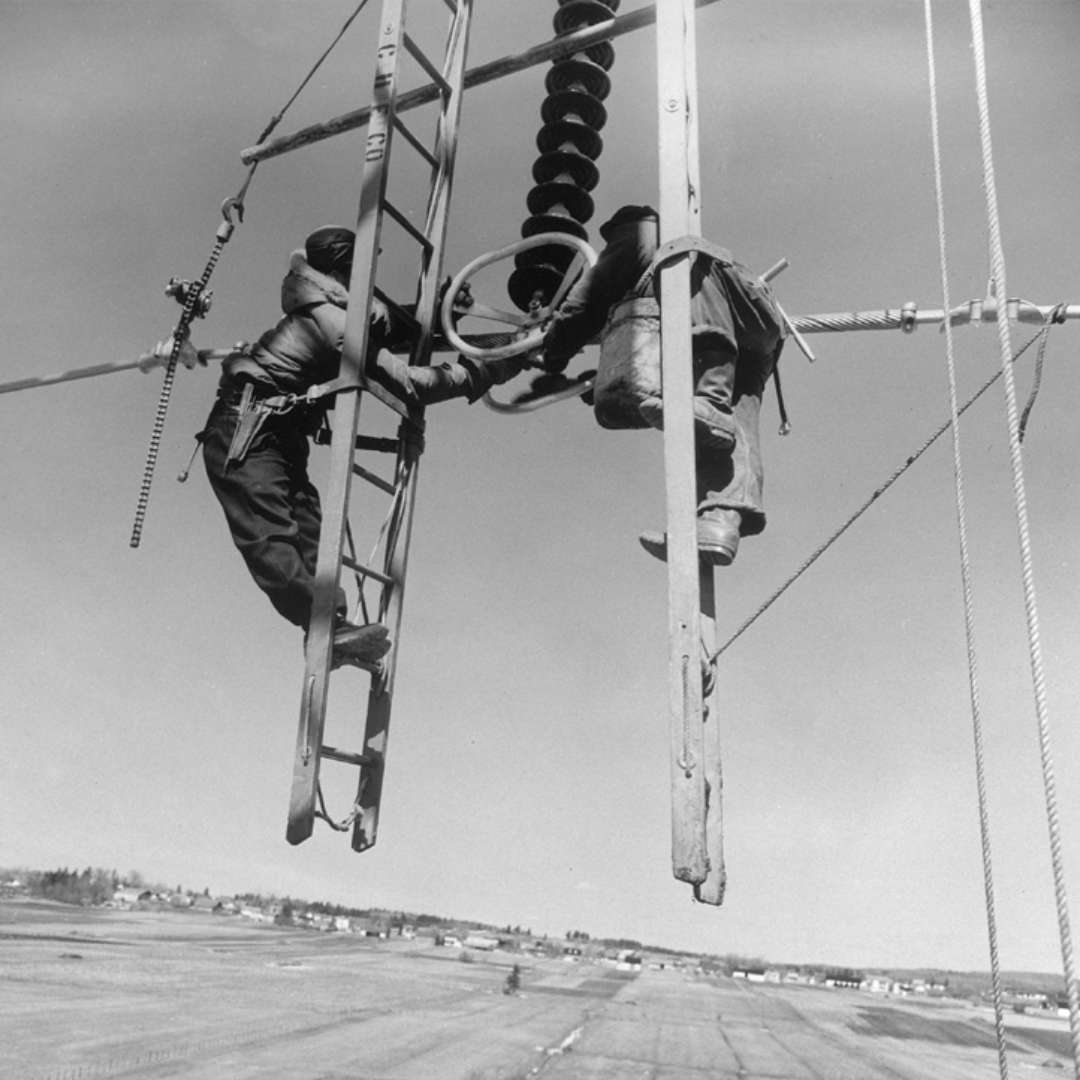 Suspension of a cable via insulators by two fearless lineworkers, first 315-kV line, 1956. 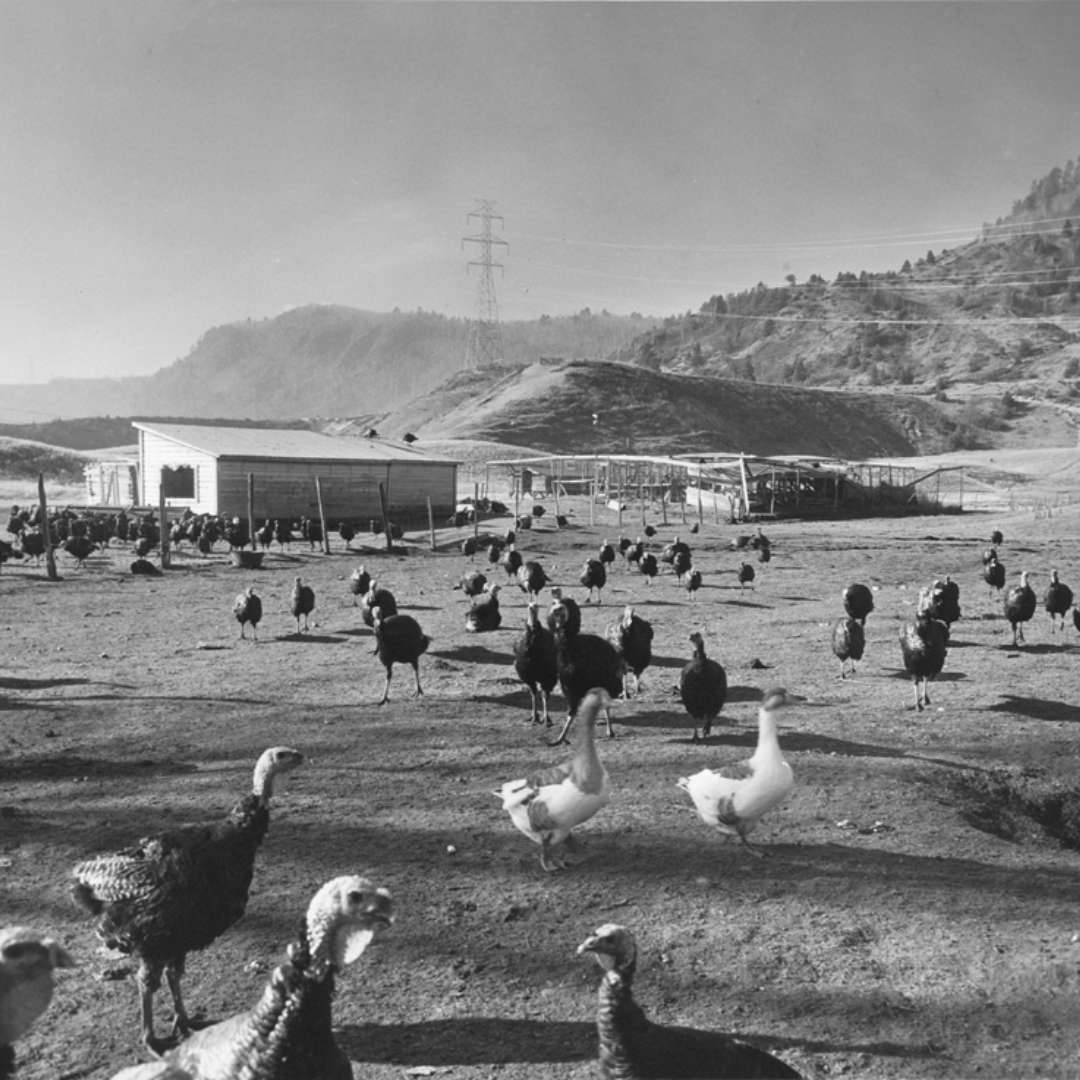 Bersimis-Montréal line (in the distance), circa 1955.

In addition, due to the vast distance between the generating site and the load centers, the company had to build two transmission lines that would operate at 315 kV, a voltage level then unprecedented in Canada.

Housing for workers and their families

A very large construction workforce was needed and had to be housed. A temporary work camp was set up to accommodate the 5,000 men—and several women, it should be remembered. Running the camp required exemplary organization: each day, 15,000 meals were served and 10,000 eggs were eaten! Managers and their families stayed in the first village built from the ground up by Hydro-Québec: Labrieville. It was dismantled in 1974. 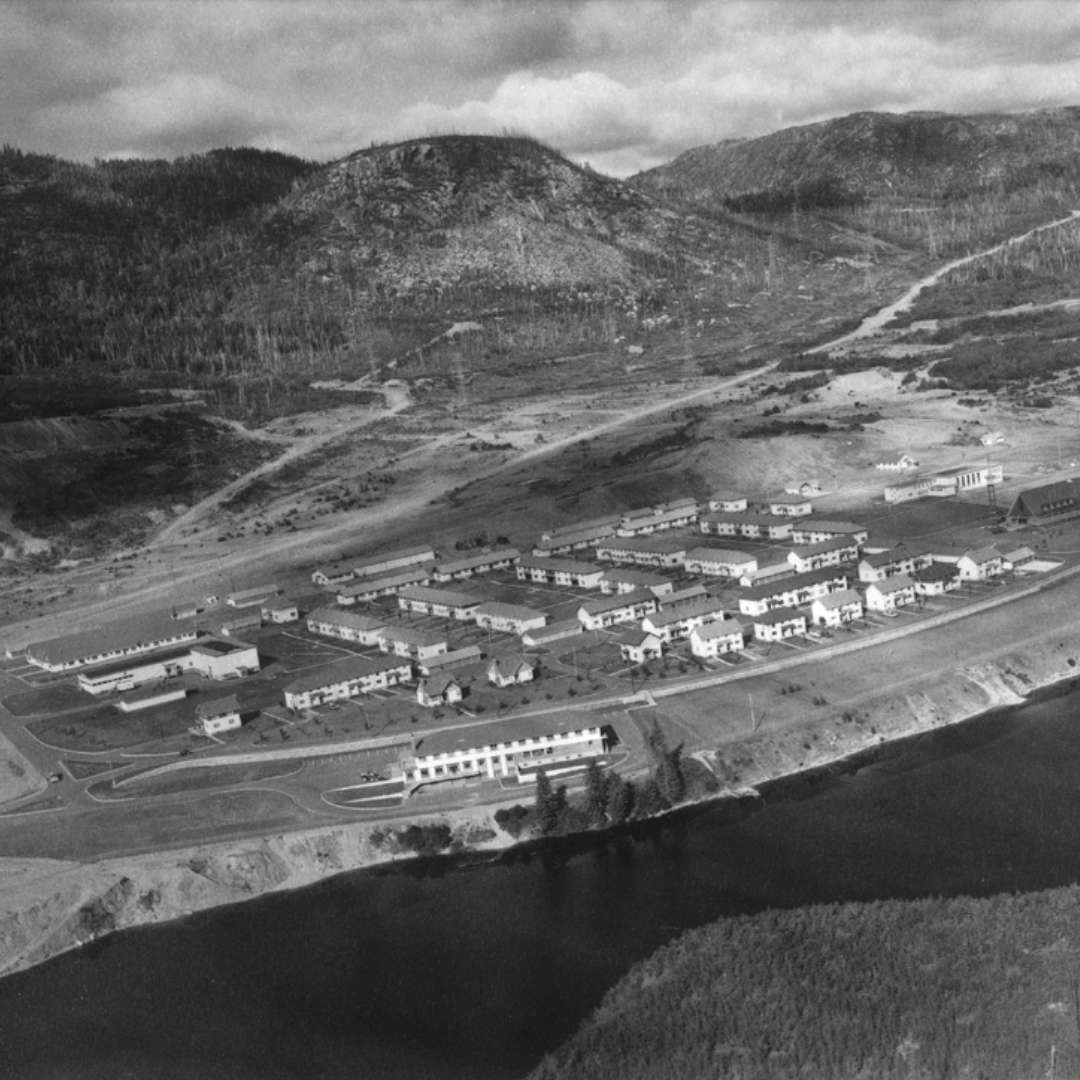 Workcamp and village of Labrieville, 1955. 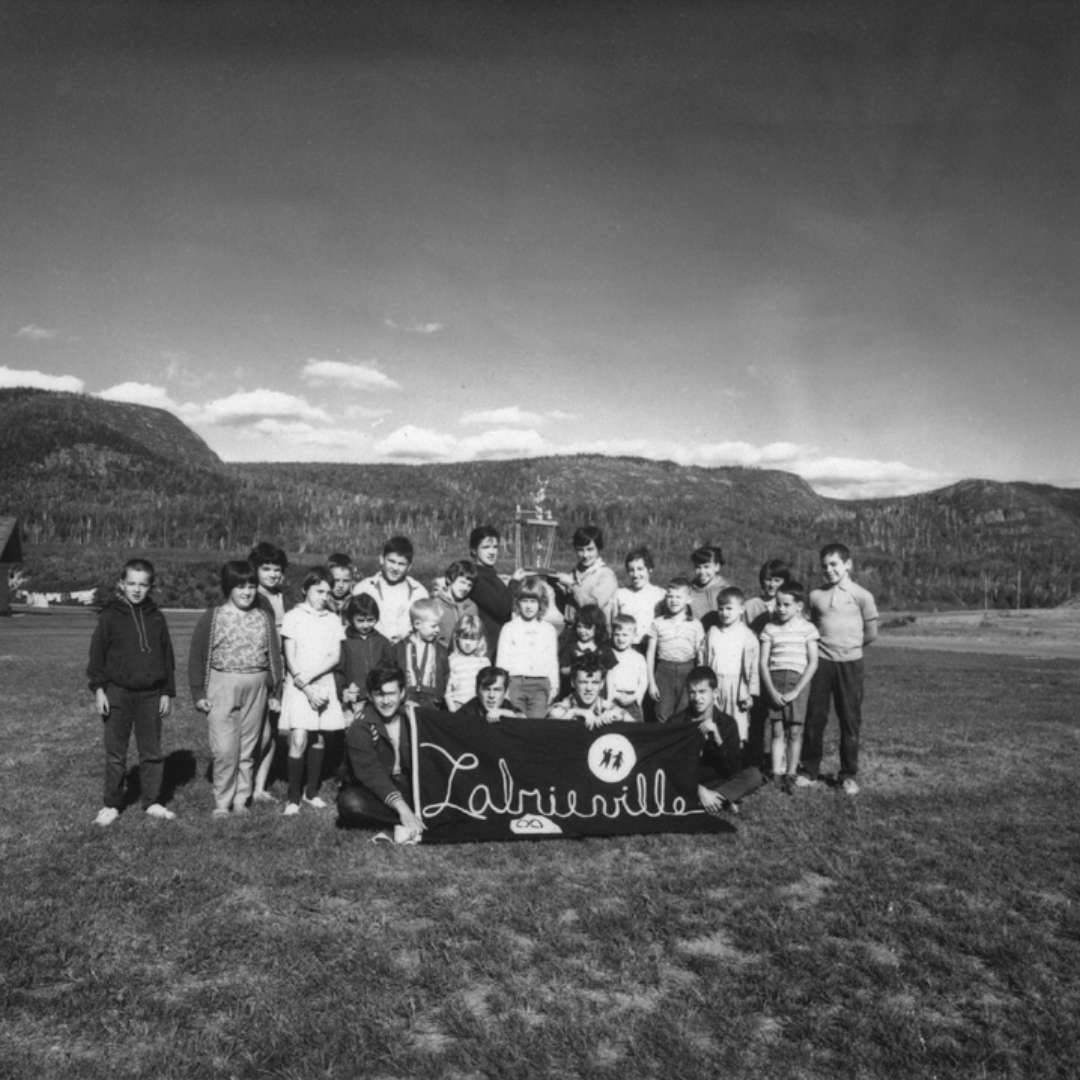 Children of the village of Labrieville won the first “inter-worksite” summer games (Bersimis, Manic-2, Manic-5 and Outardes-4), 1965. Village residents had access to several recreational facilities, including a pool, baseball field and bowling alley.

Thanks to this ambitious project, Hydro-Québec became a world-class hydropower producer.

Read about the Bersimis complex on our History page. 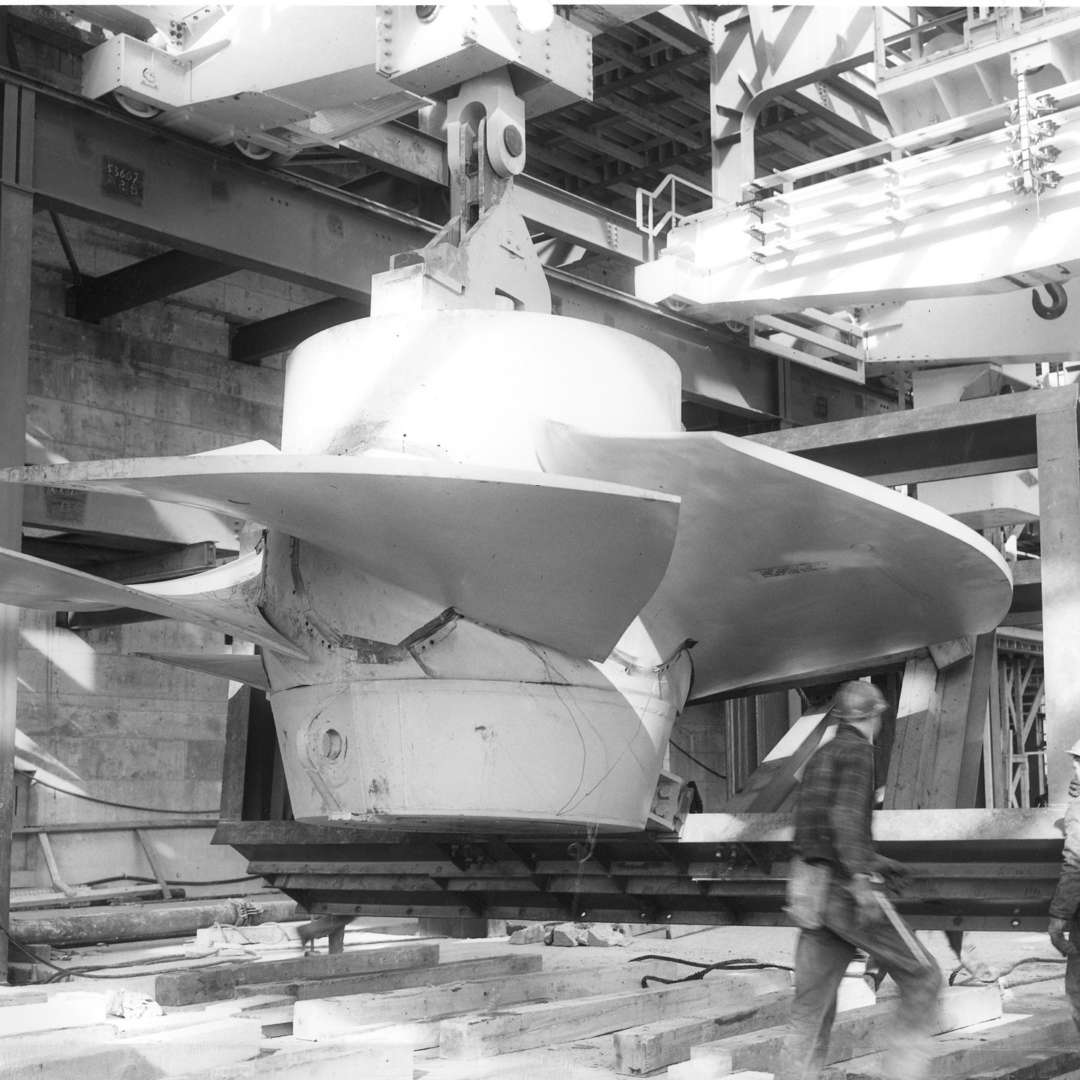