As part of the process started in 1944 with the creation of Hydro-Québec, the company began acquiring large private electricity distributors, municipal systems and electricity cooperatives—in all, close to 80 distributors across the province. This was the second stage of nationalization.

The aim of this bold initiative was to bring power generation, transmission and distribution together within a single utility in order to offer high-quality service and uniform rates throughout Québec.

“The system is bad for the province as a whole. It’s needlessly costly and inefficient. It’s up to the people to grasp, freely and proudly, the first and foremost key to a modern economy: the nationalization of electricity.” René Lévesque at the opening of National Electrical Week, February 12, 1962 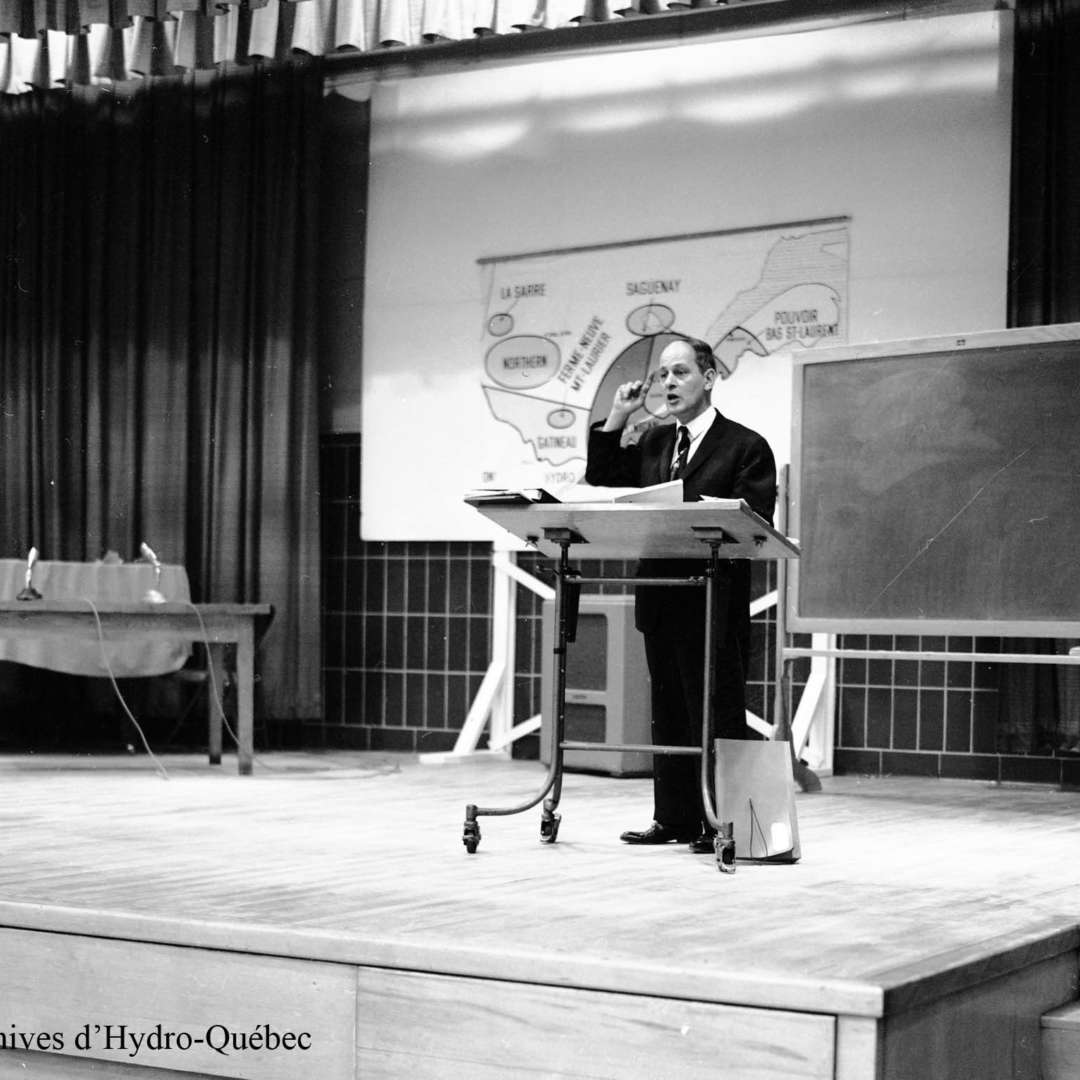 Speech by René Lévesque (then Québec’s Minister of Natural Resources) to Hydro-Québec staff on the nationalization of electricity, February 1963.

Unveiling of the new logo—a symbol of a new era for the government corporation—by the president of Hydro-Québec, Jean-Claude Lessard, 1965.

These acquisitions made Hydro-Québec the largest government-owned corporation in Québec. But it faced a colossal challenge: harmonizing the very different traditions, work methods and business practices of all those companies. It also had to review its organizational structures and activities in all regions in order to uniformize and improve its methods. Over the following years, it consolidated its newly acquired power system. As promised, it uniformized and often reduced electricity rates, promoted the hiring of French-speaking engineers and technicians, and harmonized service throughout the province. 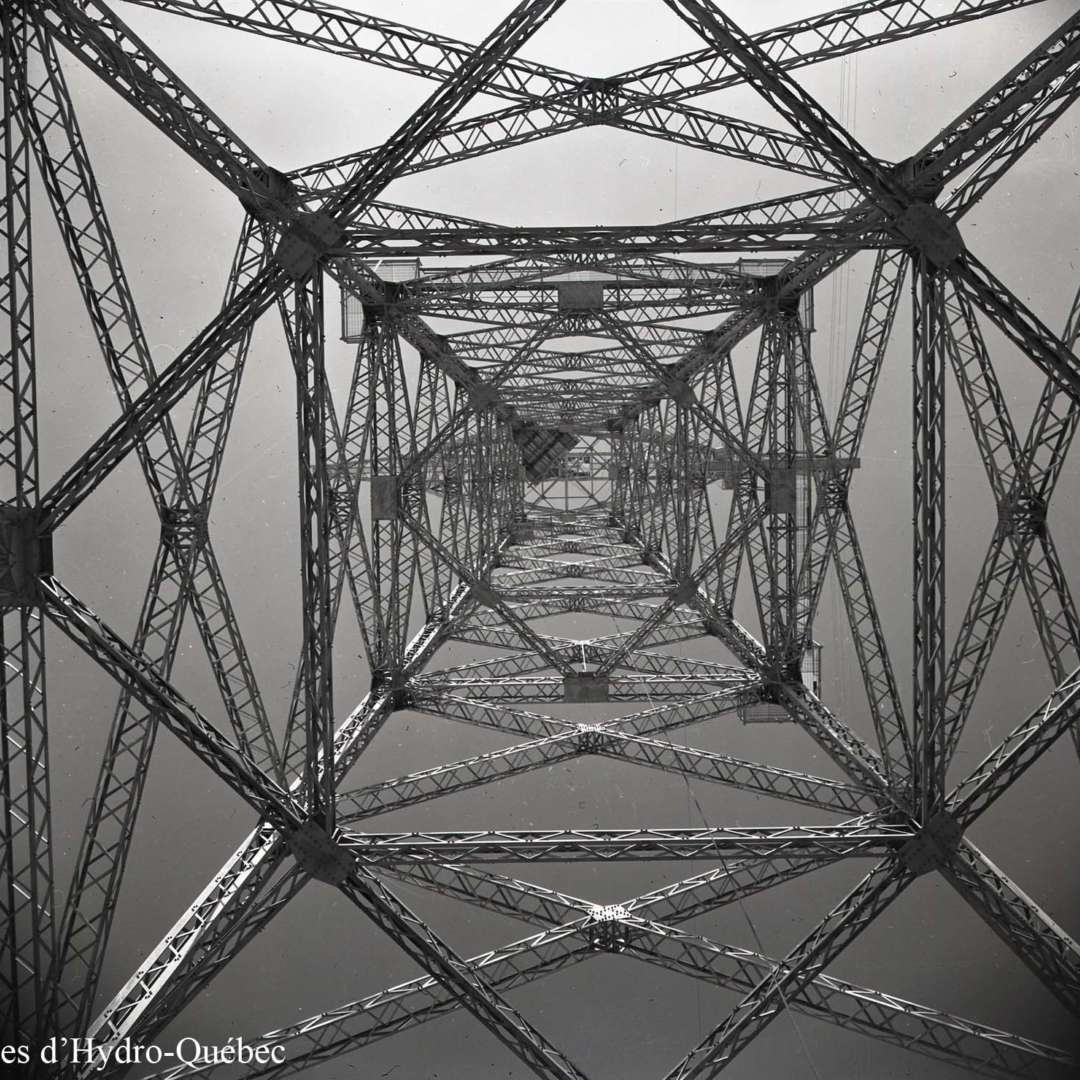