Armed with the expertise acquired on the Bersimis jobsites, Hydro-Québec embarked on an even more ambitious project: the Manic-Outardes complex. Its highly demanding project schedule included the construction of seven generating stations. Manic-5 is the most powerful of the seven, but it’s the impressive dam that commands attention, becoming the symbol of the project.

Standing 214 metres high, the concrete dam with its 13 arches and 14 buttresses is etched into the collective imagination. At the 1967 World Exposition in Montréal, a giant screen was set up inside the Québec pavilion so that Quebecers and visitors from around the world could watch this majestic structure actually being built. 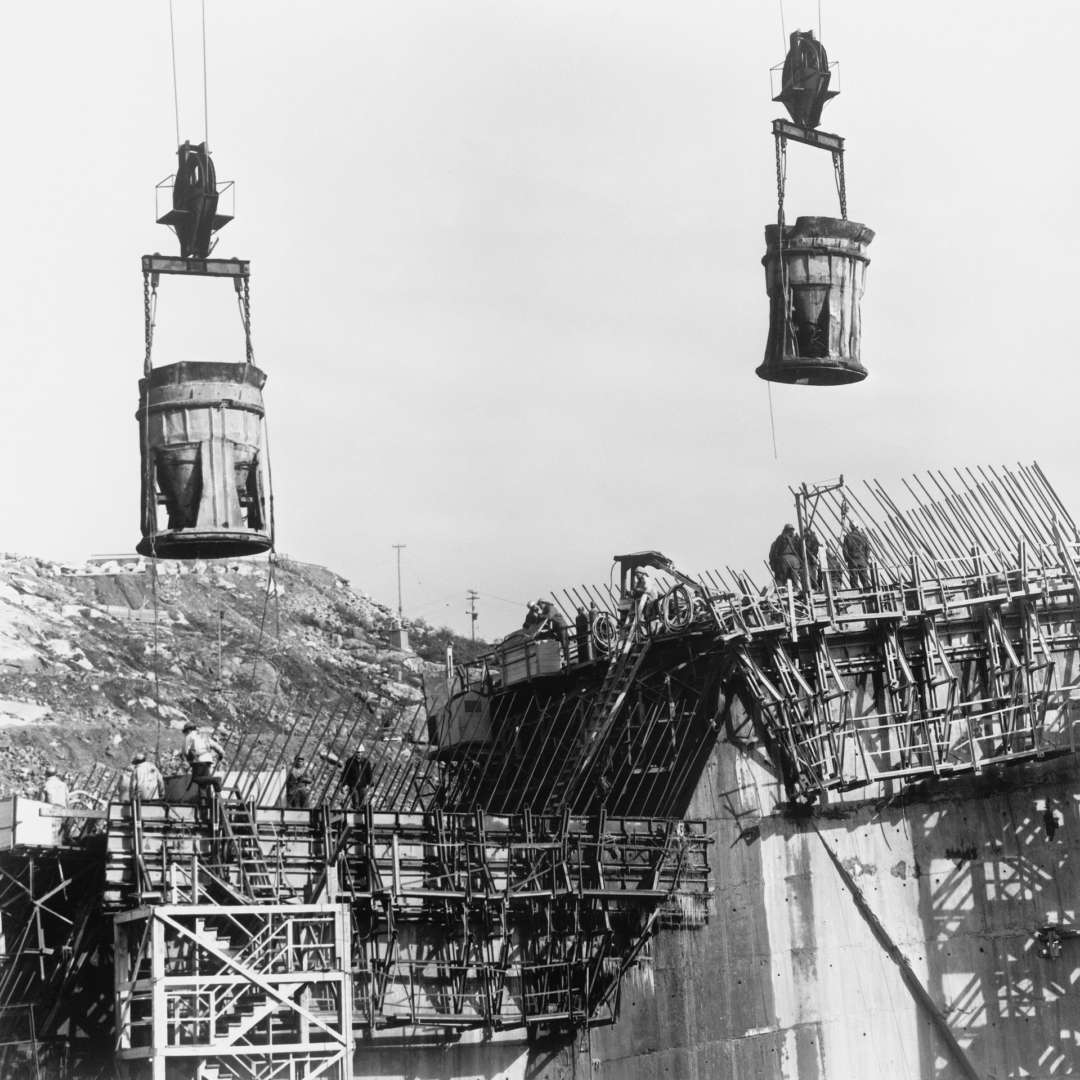 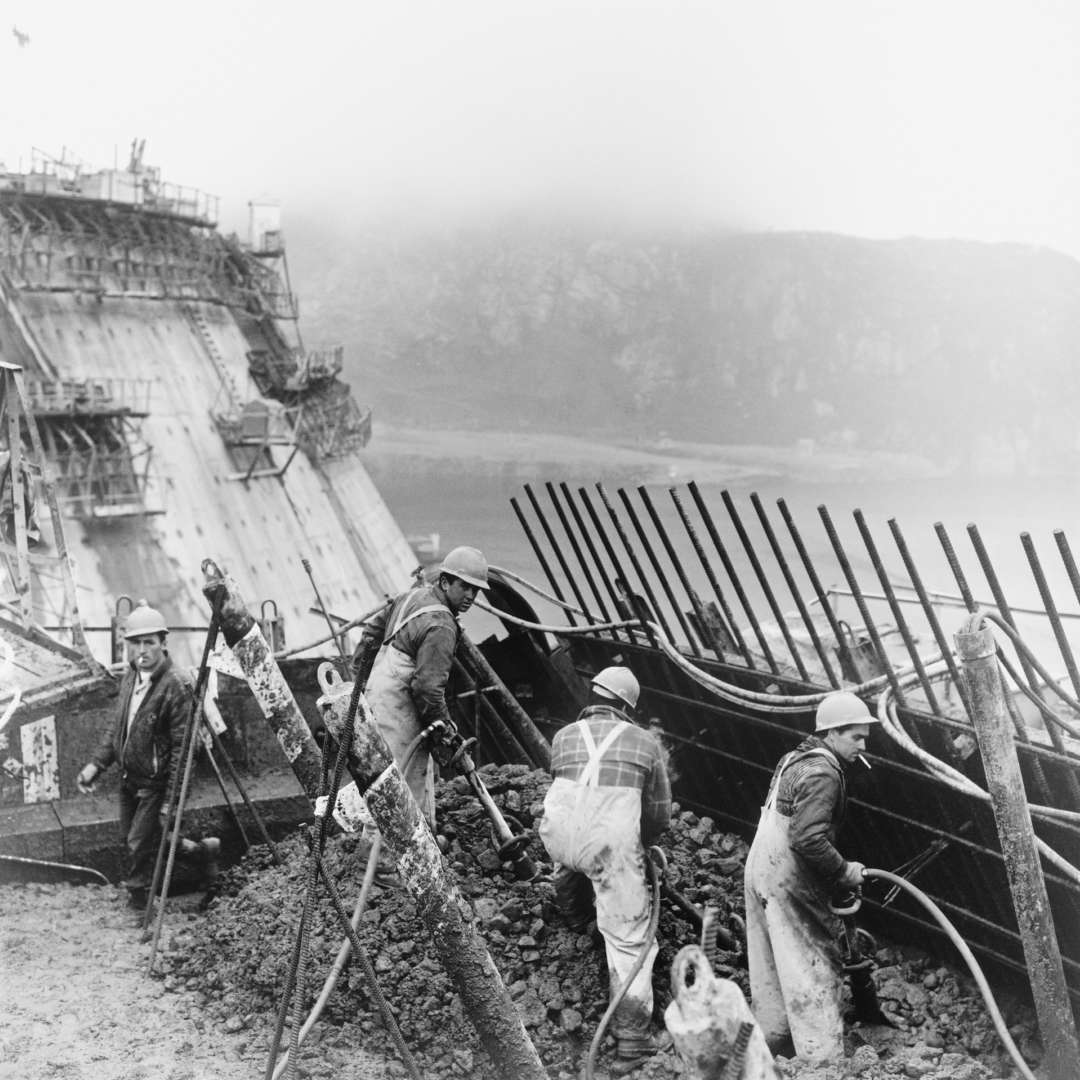 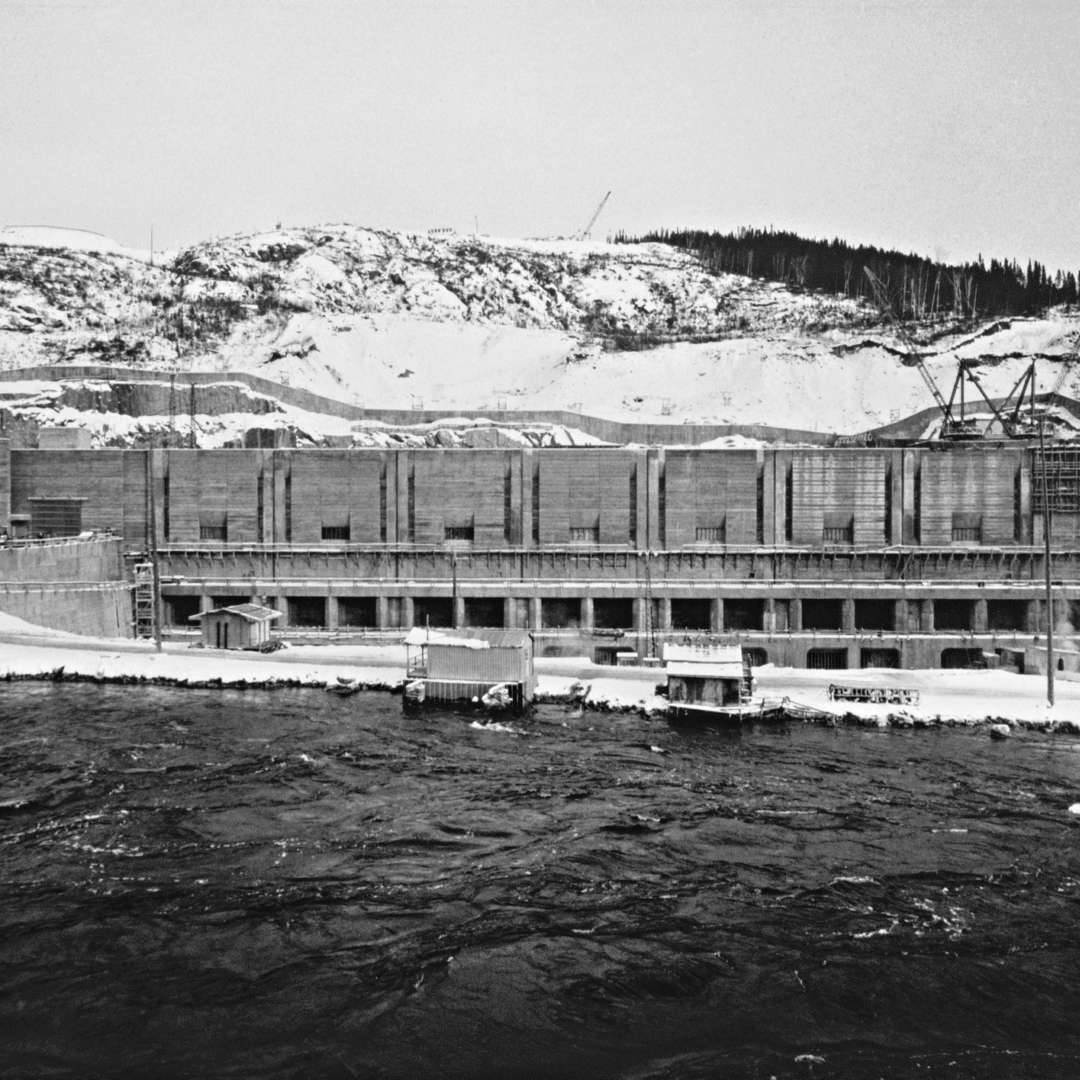 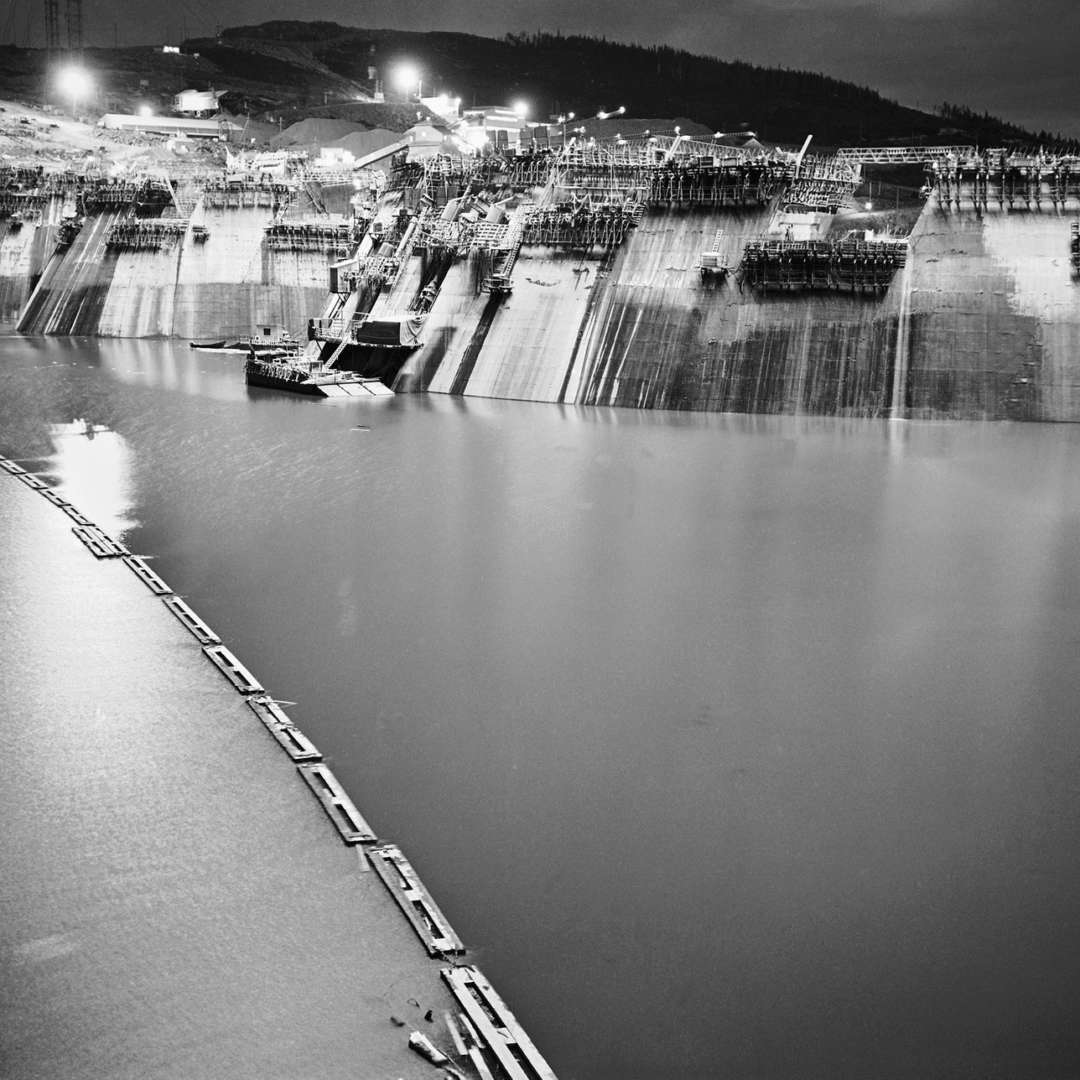 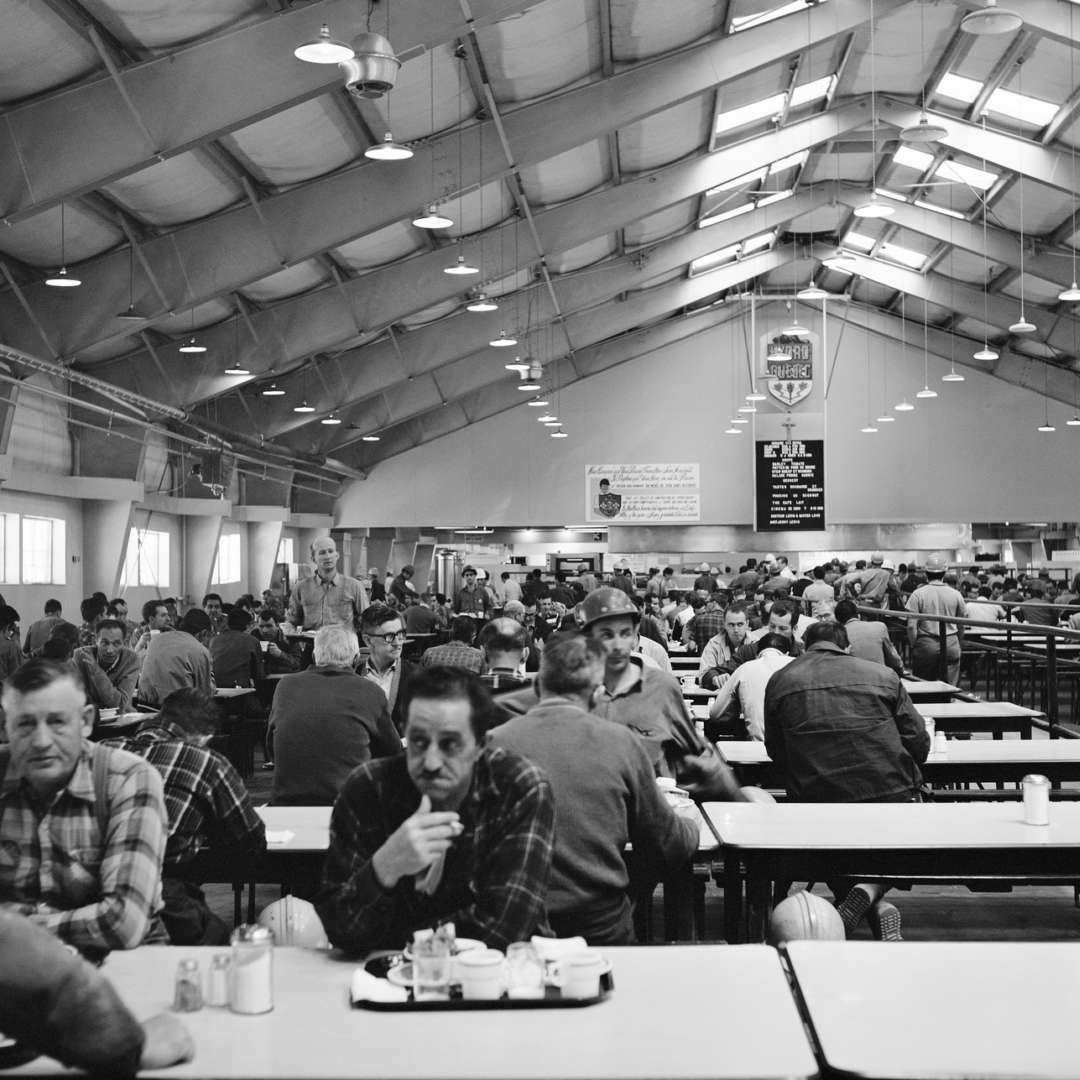 Jobsite cafeteria, 1965. A well-deserved break for the workers. 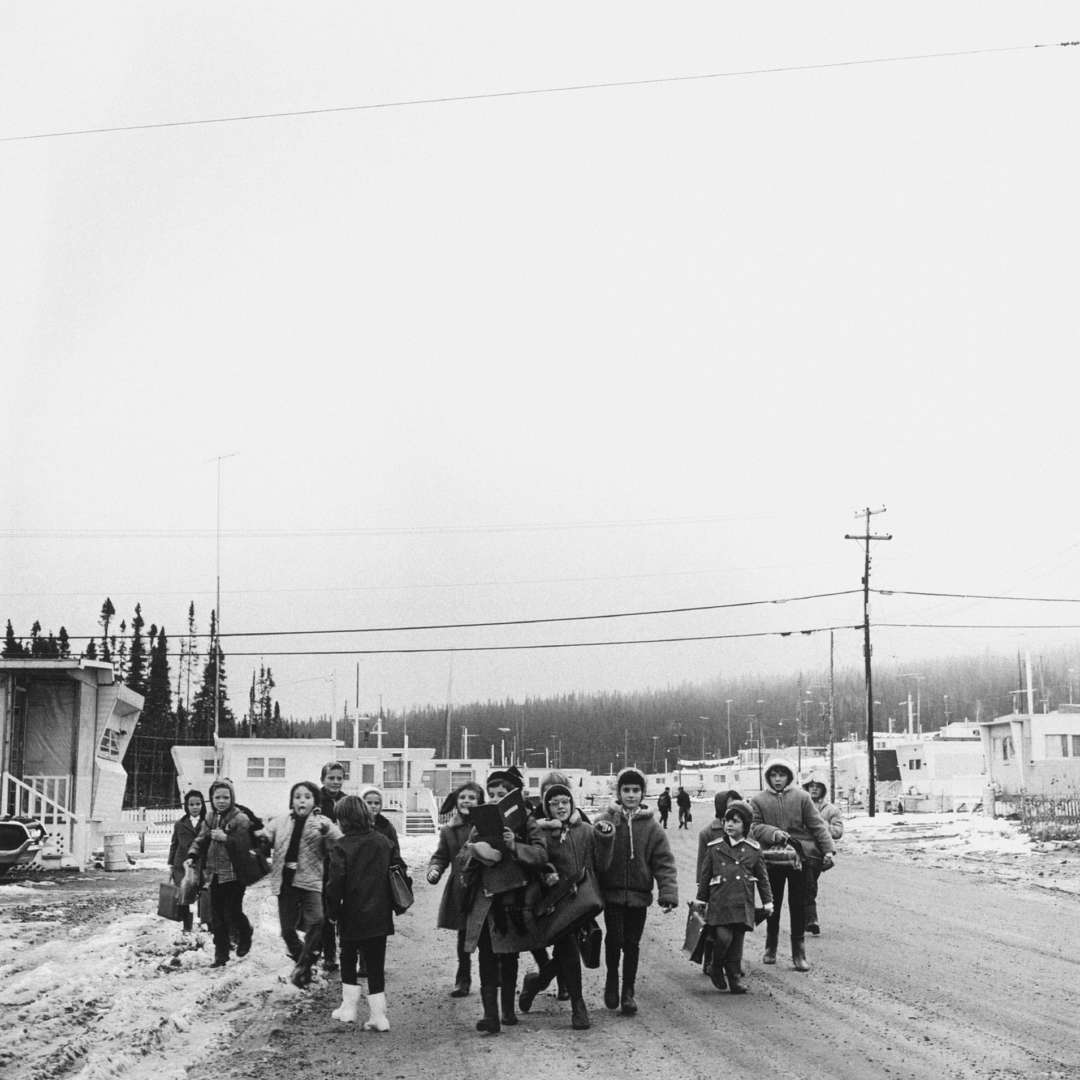 School children in Lac-Louise, 1965. Temporary villages like this one were created to provide homes for workers’ families close to jobsites.

In 1968, six years after the first concrete pour, the dam was finally completed. It had taken 31,350,000 hours to build. It was to be inaugurated on September 26 by then Premier Daniel Johnson. Unfortunately, he died of a heart attack at the site several hours before the event. The dam was inaugurated one year later, on September 26, 1969, and was named after Daniel Johnson, who had announced the start of the project 10 years earlier.

See the Daniel-Johnson dam in this video about Manicouagan-Outardes.

Until the hydropower development in the Baie-James region came on stream, Manic-Outardes was the most powerful generating complex in Québec. Because of the technical challenges that were overcome in its construction, it holds a special place in the province’s history. Its successful completion can be credited to the hard work and dedication of thousands of Quebecers. 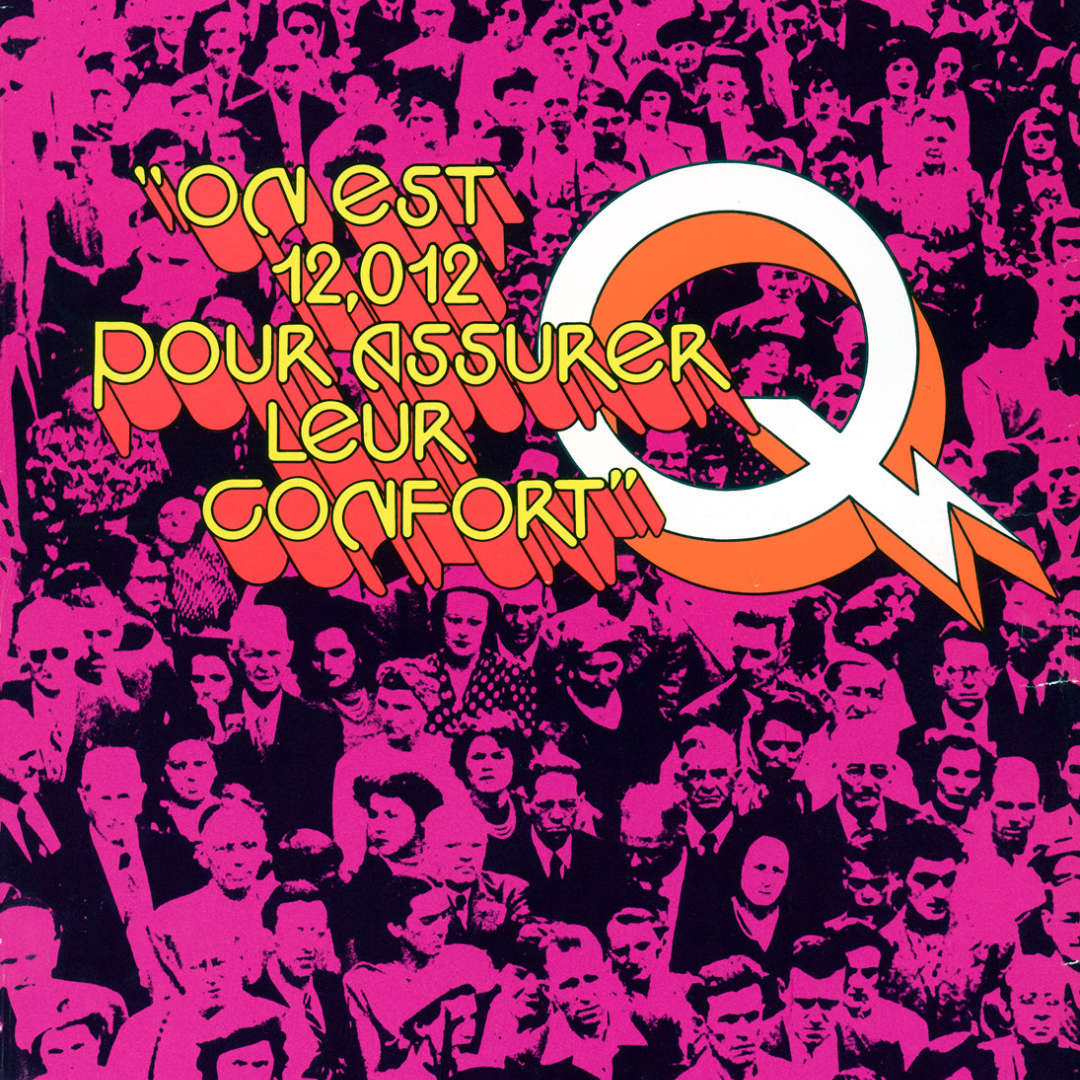