The hydroelectric development of the Baie-James region sparked the collective imagination of Quebecers. The immense La Grande complex today consists of 11 generating stations. The work first got under way in 1973 at La Grande-2—since renamed Robert-Bourassa generating station—and took more than four decades to complete.

This ambitious project created thousands of jobs, gave a boost to the Québec economy and firmly positioned hydropower as Québec’s number one energy choice.

“Never let it be said that we shall live like paupers on a land this rich,” said Robert Bourassa, the “father of James Bay”, when he announced the hydroelectric megaproject in the Baie-James region on April 30, 1971. 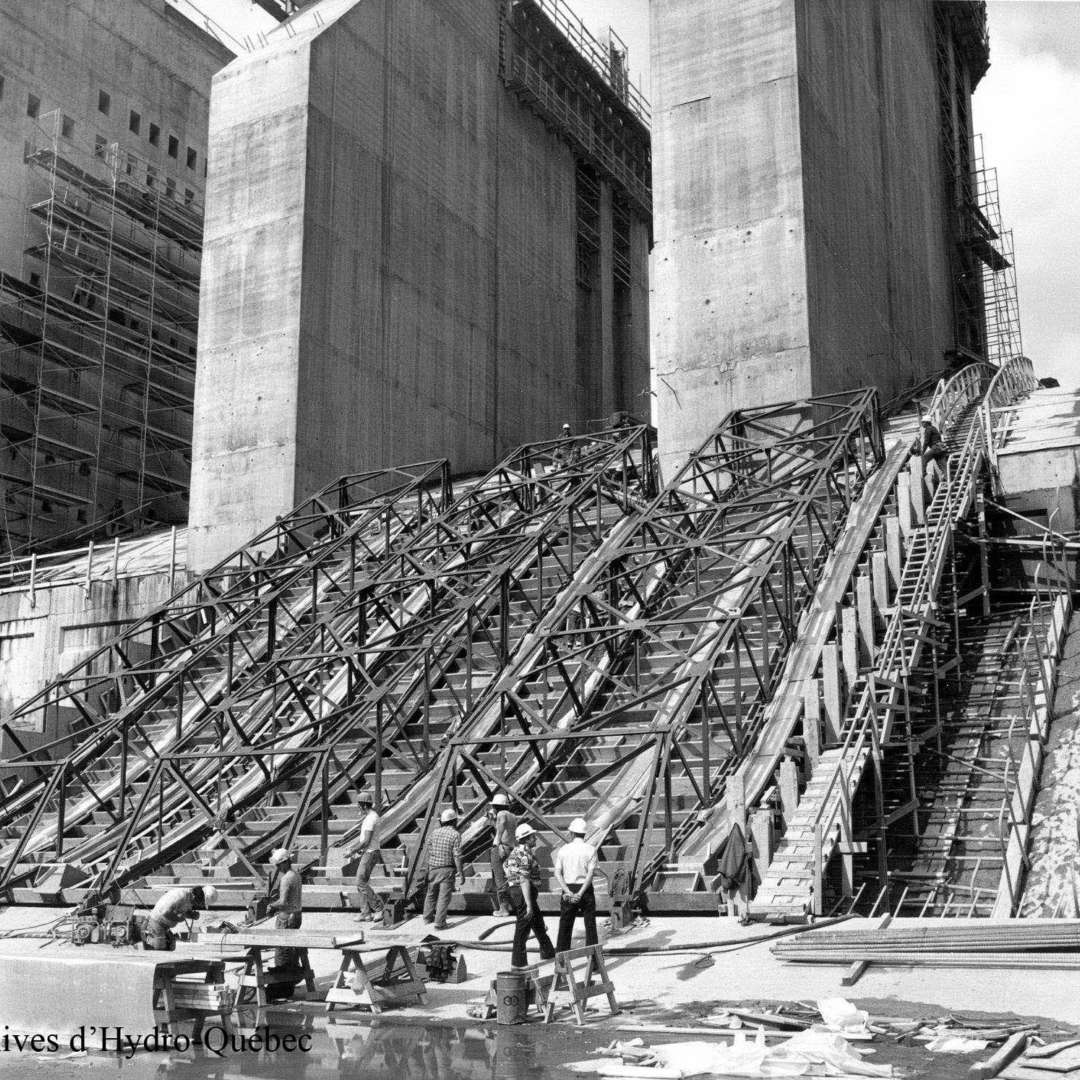 Scaffolding on the future spillway. 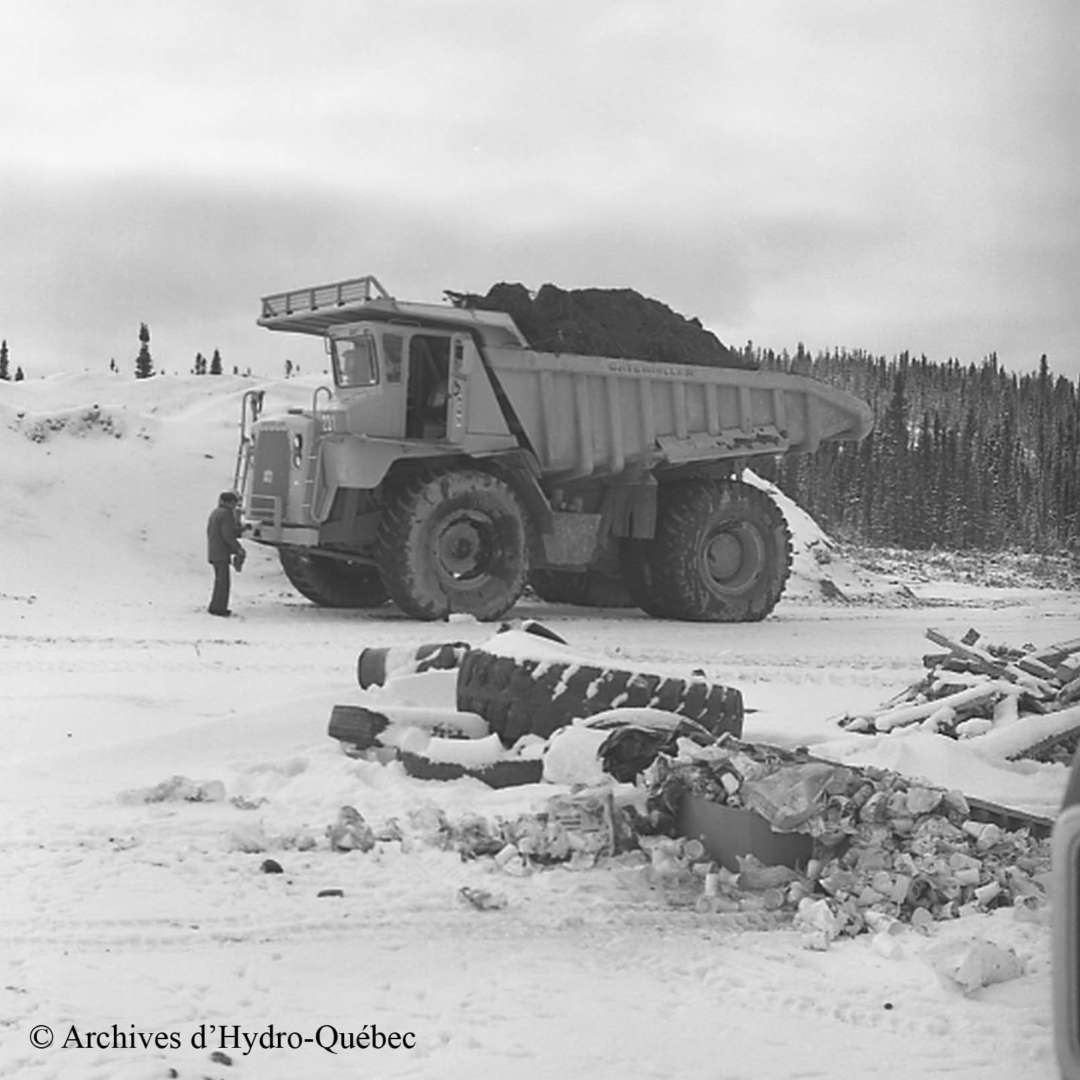 Beginning of hydroelectric development in James Bay—the project of the century, 1973. 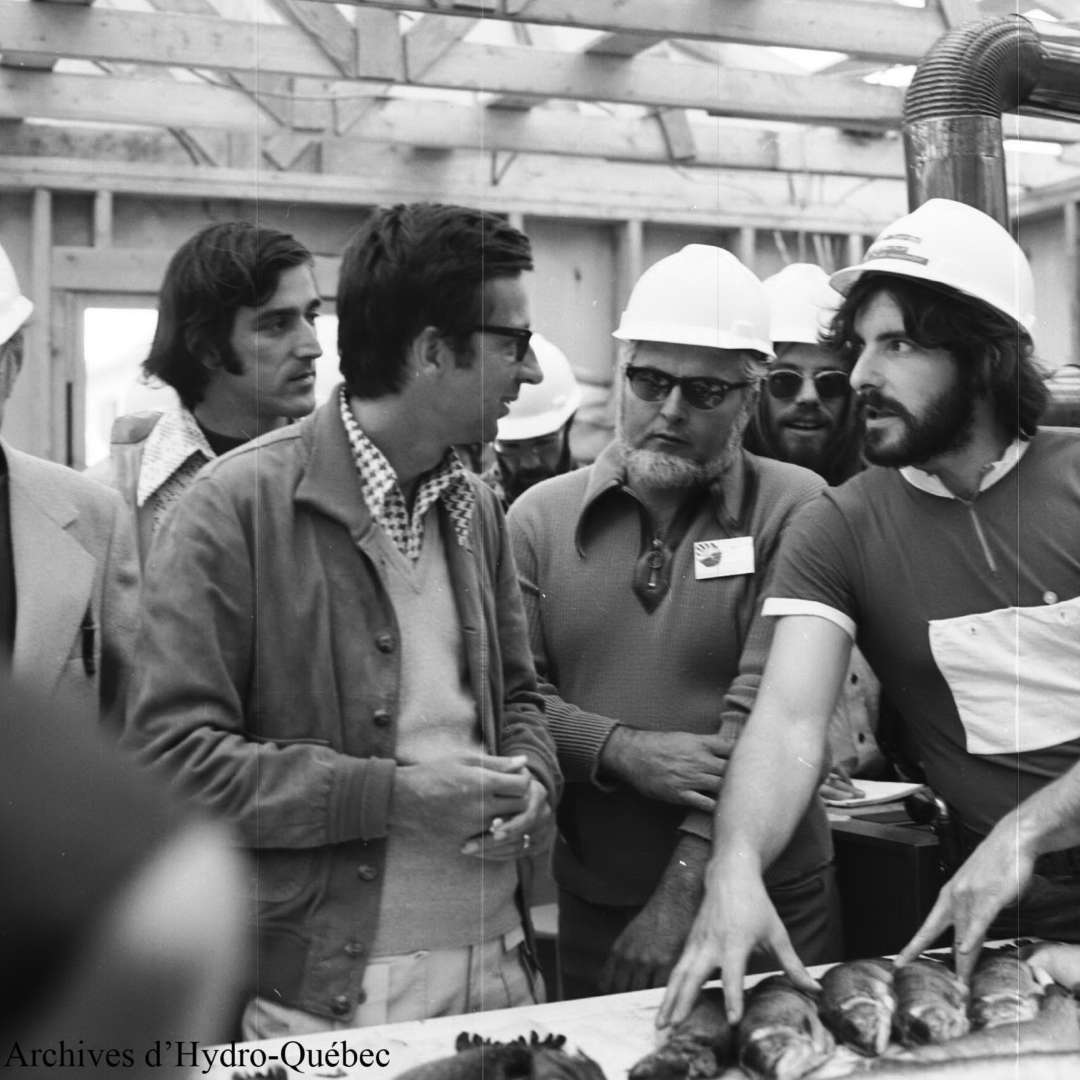 Tour of the James Bay jobsite by Premier Robert Bourassa, 1973. 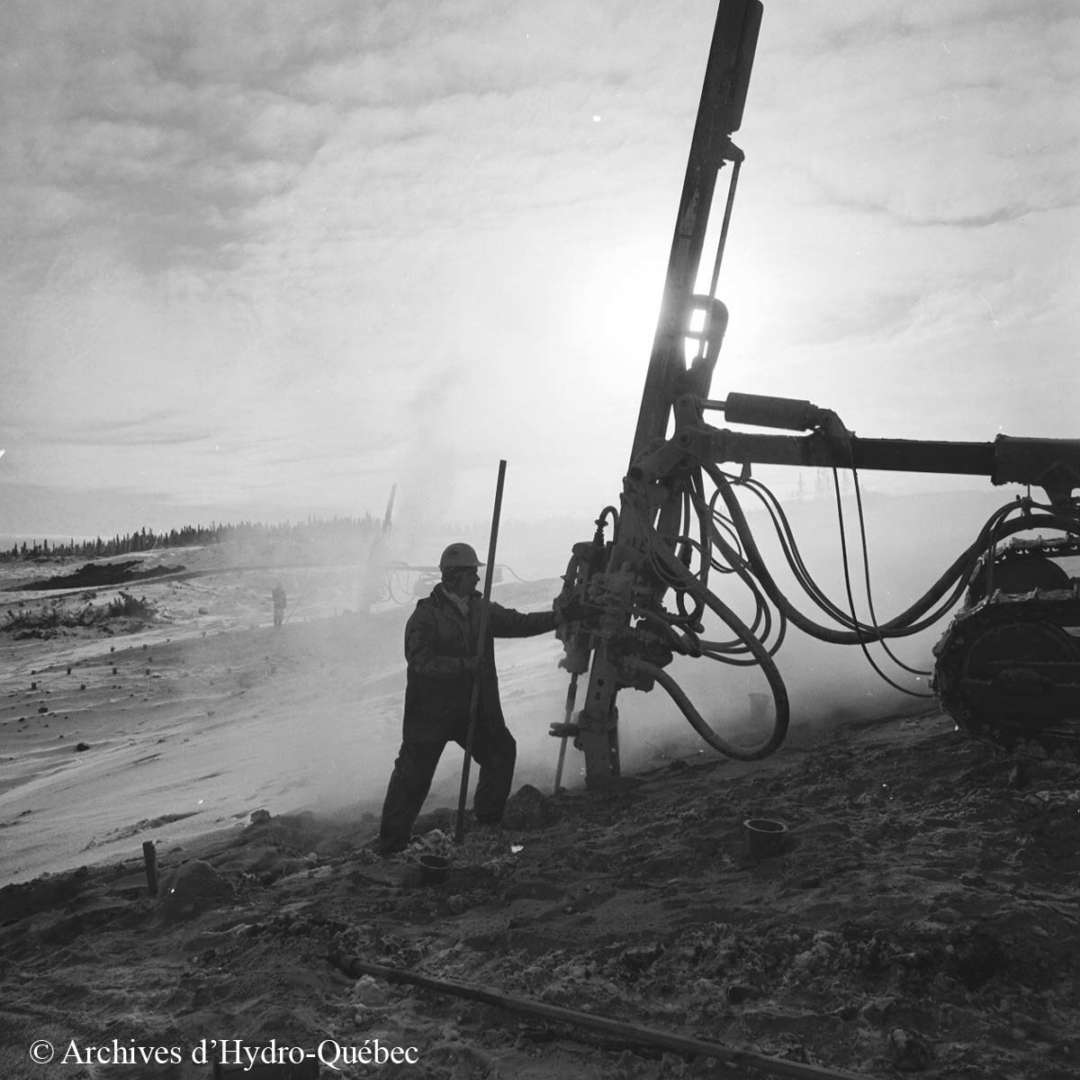 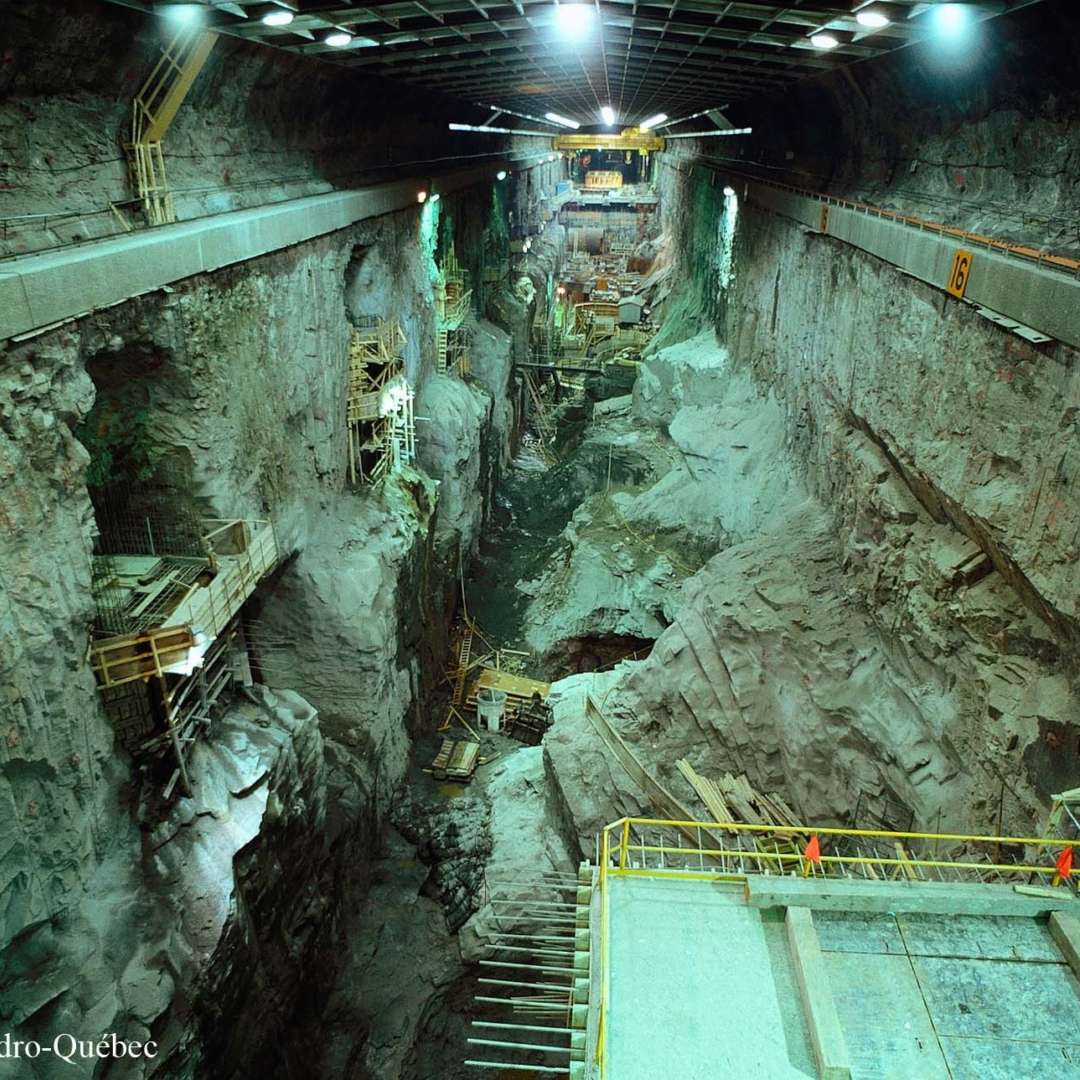 The “project of the century” stood out not only for its feats of engineering but also for the importance placed on the environment. For the first time, an extremely detailed ecological inventory was taken before the work even started. The project attracted the attention of ecologists here and all over the world. Hydro-Québec implemented mitigation measures of an unprecedented scope in order to preserve the region’s ecosystems and cause the least possible impact on the daily lives of nearby Aboriginal communities.

Ecology under the microscope

In 1974, SEBJ signed an agreement with the Université du Québec à Montréal so that graduate students could come to the region and conduct in-depth ecological studies. The jobsite became a veritable school of environmental science! The thoroughness of the impact assessments conducted during construction made Baie-James one of the most closely studied regions on the face of the Earth. Today, impact assessment studies must be conducted before Hydro-Québec undertakes any project. 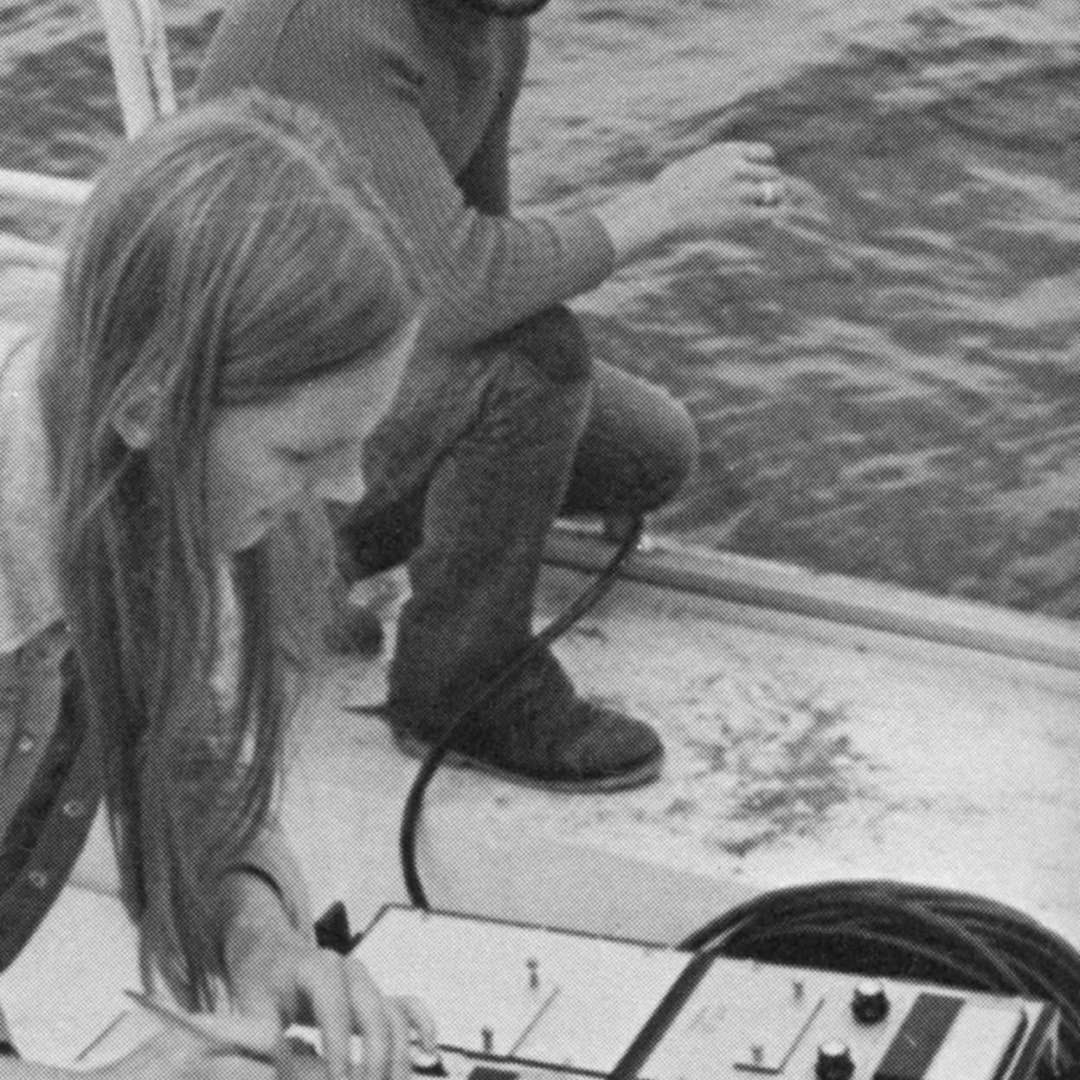 Participants of the first ecology internship in James Bay, an innovative program established by SEBJ and UQAM, April 1974.

Hydro-Québec established its first partnerships with Indigenous communities in Québec just over 40 years ago, for the vast Baie-James hydropower development project. Over the years, we have learned a great deal from our Indigenous partners and aim to develop sustainable, mutually beneficial partnerships with the communities and nations, based on respect for values and cultures. Communities work with us from the initial stages of a project and we make every effort to ensure that they can continue to use their land and practice their traditional activities.

Consult the PDF Hydro-Québec and Indigenous Communities, partners for over 40 years 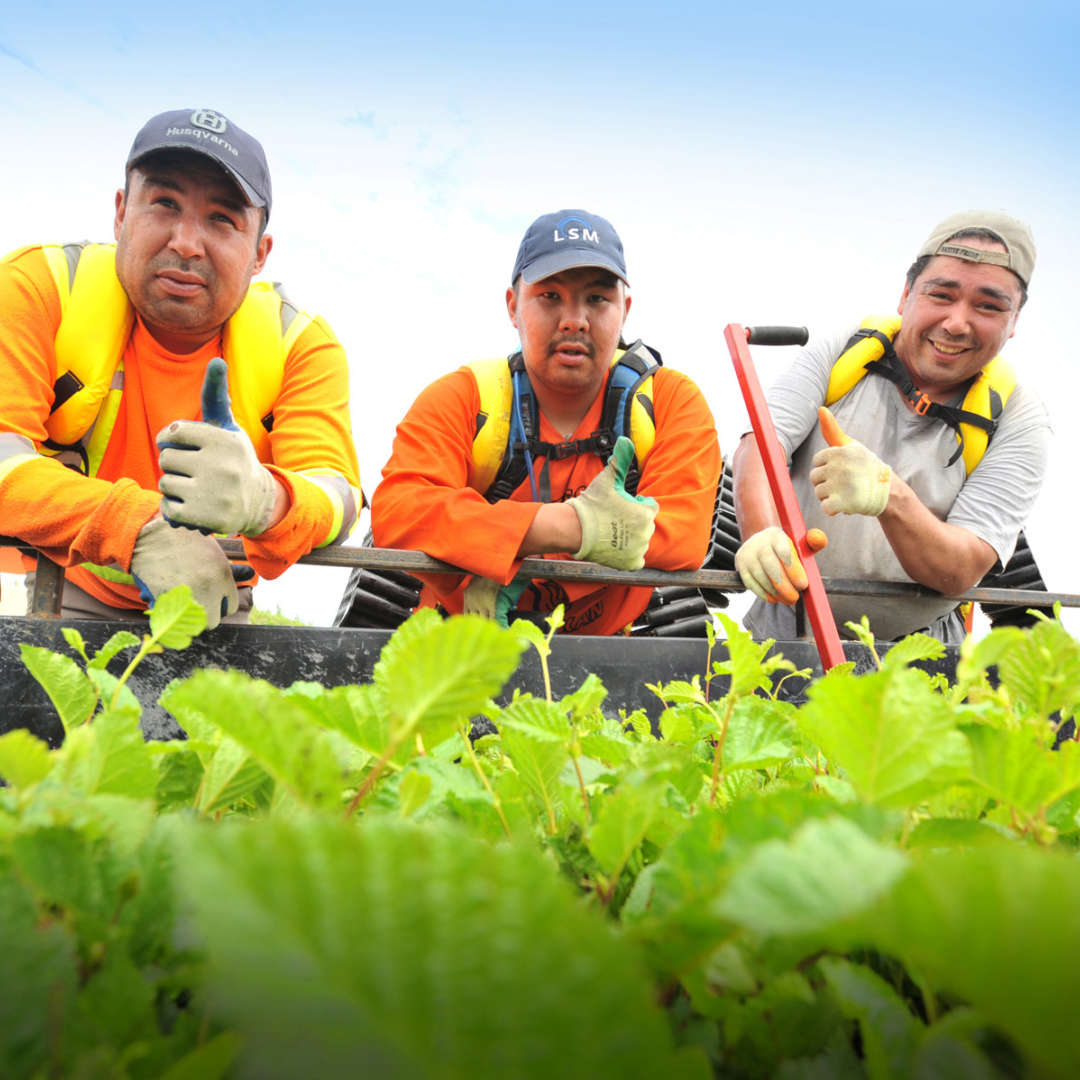 The company’s environment department has over 150 highly qualified environment specialists with wide-ranging expertise. More than half of them are out in the field every day.

With nearly 50 years of expertise, Hydro-Québec is a world leader in environmental studies. 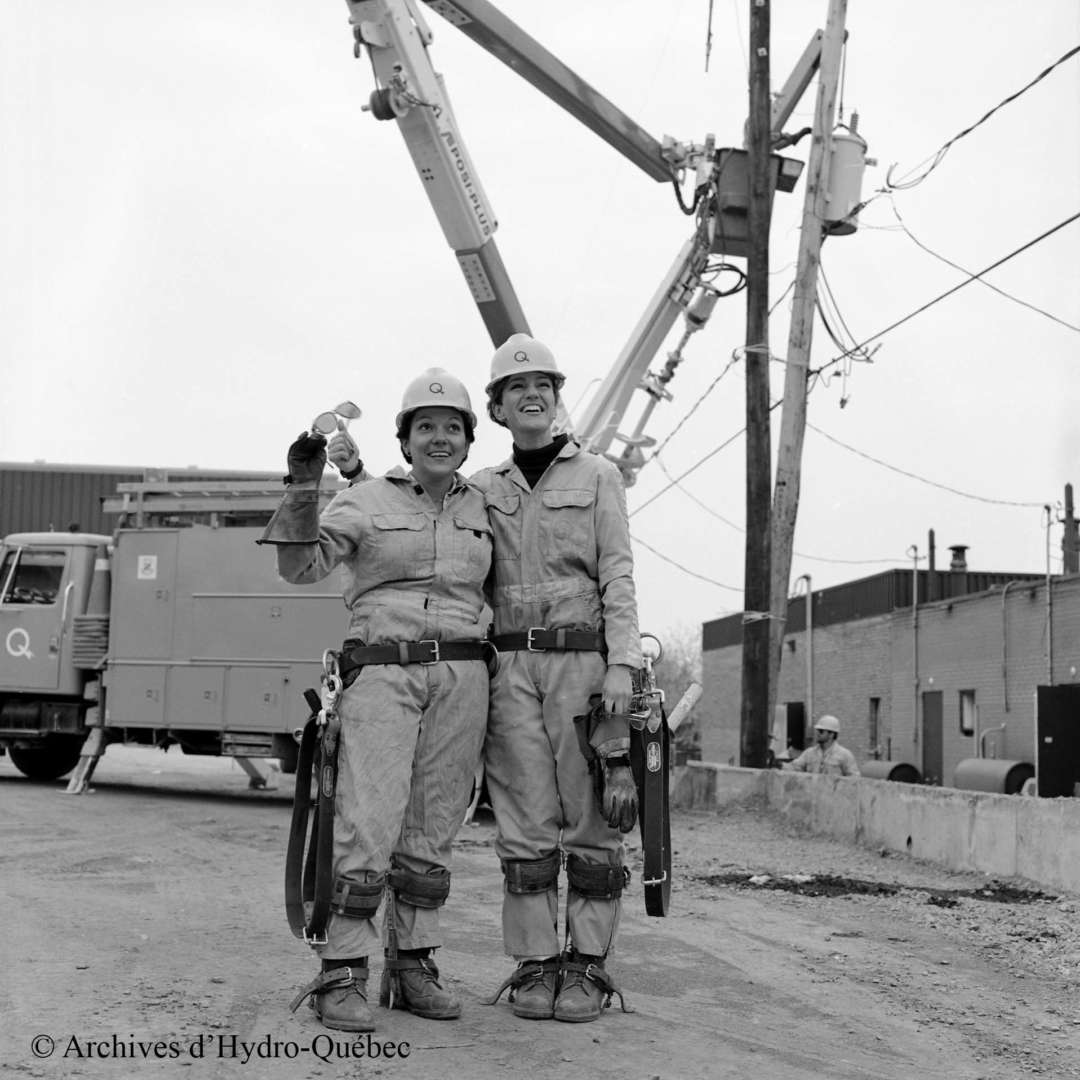